From Libopedia
Jump to navigation Jump to search

You don't have to pay to use Linux.

If you do regular updates on Linux, which can be done with a single click on Ubuntu, you won't have to worry about anything.

The new information leaked by Eric Snowden should be enough to make you realise that using Windows is not a good idea.

Software for any purpose imaginable available free of charge,that either form part of the base system(the default install components/programms) and is thus already installed or can be downloaded and installed with very little effort.

If you are a basic Windows user who does not feel a very big need to play games all the time, you will enjoy a user friendly Linux such as Ubuntu or Linux Mint Mate.

Linux is about community and freedom not only about convenience.

Runs on Any Hardware

This is hard to explain but Linux was built with networking in mind. Linux has very advanced networking capabilities, with IPV6 support as early as 1996 included in Linux by default. Windows only had IPV6 ready for commercial deployment in 2002.

Most modern routers run some form of Linux.

Linux can be used to setup all of the following:(All using free software)

Linux is very programmer friendly and was built with programming in mind. After all the open source community relies on volunteers to submit and improve code. Windows users who are computer science students will know how much time is wasted installing IDE + compiler just to get started with programming. Linux comes with gcc (c compiler), g++ (C++ Compiler), perl,python and more installed by default.

On windows to do any python programming , you would have to first install the python interpreter. Linux has python installed by default.

Even if Linux does not have something installed by default it would be very quick to install, for example the ruby interpreter.

Although Windows is more widely used in the Electronic Engineering industry Linux has lots of software for software development on Microcontrollers. Settting up the dev environment for the arduino is extremely easy on Ubuntu almost more easy than on Windows. The only software that I'd rather use on Windows than on Linux us Altium. Web development is very easy on Linux and getting apache+php+mysql installed and working can happen in no time.

On Windows it is a very tedious process and can be rather time consuming. Doing web dev on Linux is a good idea even if you are using Windows and using a Linux virtual machine with Ubuntu server, it would make your life much easier.

In the development environment it is becoming more and more important to make use of Virtualization of Operating systems. Linux offers several virtualization platforms, of which the two most notable are Xen and KVM, both very easy to install and configure. Have a look at Libvirt

Linux makes it very easy to automate almost any task. If you have to do something often, but feel too lazy to do it, then automate the process.

For example, imagine you browse http://reddit.com/r/wallpapers daily, changing your wallpaper to the number one up voted wallpaper as soon as a new picture is voted to number one.

This can become a rather repetitive process to go online, check if the number one rated wallpaper has changed to a now new wallpaper. To download this wallpaper, and then set this newly downloaded wallpaper to your new wallpaper. Well with Linux you can automate this process very easily.

Linux offers many different desktop environments. If you are a more experienced Linux user, you might even choose to run only a window manager. Linux has beautiful code but also beautiful desktops. With desktop Linux you can create a custom built desktop. 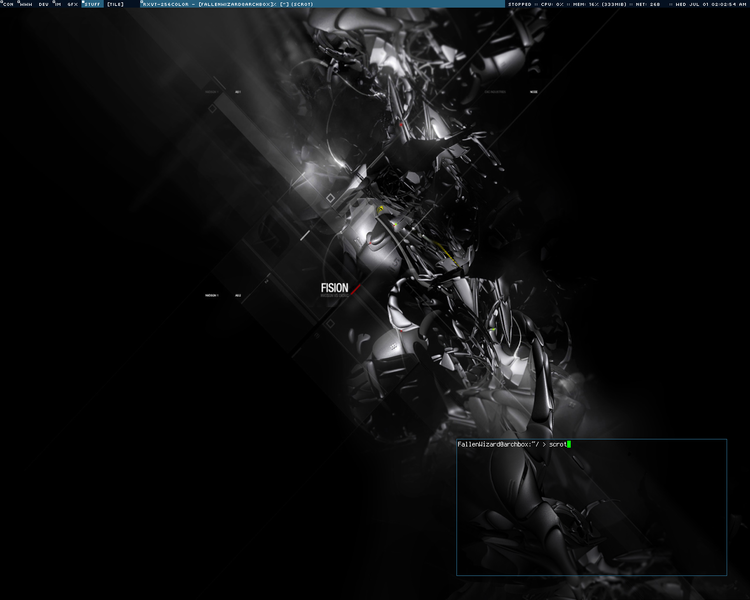 If you don't like doing reinstalls, a cool feature that Linux has if you remove a hardrive from a Linux computer and plug it into another computer, it will boot as if it was in the same computer. Thus if your motherboard stops working but not your hardrive, you can continue using your OS. Windows does not like to be moved around, it stops working if it notices that you are using a different hardrive controller. Linux offers software RAID if your motherboard does not have RAID. (RAID is not a replacement for backups though.) You can configure your machine to run mirrored RAID (RAID 1), and if one hardrive fails, you can stil use your computer.

Ubuntu LTS offers anything from 5-10 years support. Centos has "“In general every release receives bugfixes, feature enhancements and new hardware support until 4 years after general availability. And security fixes until 7 years after general availability (beginning with CentOS-5, this period has been extended from 4 to approx. 7 and from 7 to 10 years {assuming the upstream sources remain available for ten years}).”

You can easily use your computer either to help find aliens with seti@home or do research on protein folding with folding@home. Ofcourse you can do most of these on windows, but you'd have to download the installers, and also the seti@home installer will show up as a false positive on AVG.

With new malware aimed at stealing your crypto bitcoins stored on your computer and in some cases even using your computer to mine for them, Windows would not be a good choice for mining for Bitcoin or Litecoin. With Linux ,mining for Litecoins or Bitcoins is very easy to setup, and also easy to secure.