Overview in the scholarly life cycle 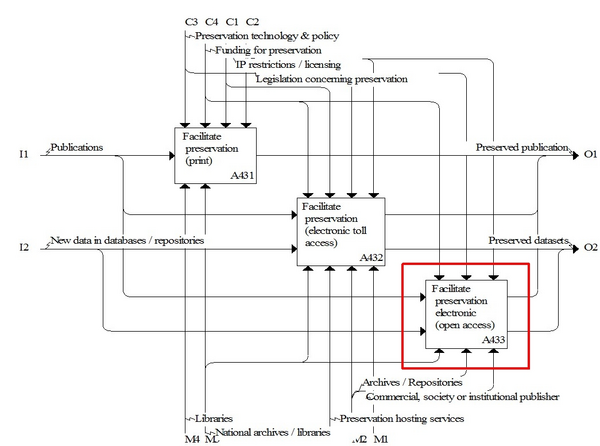 According to Wikipedia (http://en.wikipedia.org/wiki/Open_access_%28publishing%29) "In publishing, open access (OA) is free online access to articles that have traditionally been published in scholarly journals. Most open access material in this context is distributed via the World Wide Web. There are several variations in open access publishing:

An Institutional Repository is an online locus for collecting, preserving, and disseminating -- in digital form -- the intellectual output of an institution, particularly a research institution.

For a university, this would include materials such as research journal articles, before (preprints) and after (postprints) undergoing peer review, and digital versions of theses and dissertations, but it might also include other digital assets generated by normal academic life, such as administrative documents, course notes, or learning objects.

The four main objectives for having an institutional repository are:

The origin of the notion of an "institutional repository" [IR] are twofold:

There is a mashup indicating the worldwide locations of open access digital repositories. This project is called Repository 66 and is based on data provided by ROAR and the OpenDOAR service developed by the SHERPA. Data from this service indicates that as of 2007[update], the most popular IR software platforms are Eprints, DSpace, and Bepress.